Why can some animals regenerate damaged tissues while others cannot?  It is a question that has fascinated scientists for centuries and yet, it remains largely unanswered.  In the context of regenerative biology, we are trying to understand the conditions that establish a regenerative microenvironment in response to injury.  Specifically, we want to determine the molecular mechanisms that regulate and direct this microenvironment to support regeneration and how these mechanisms are curtailed in non-regenerating systems.  Patterning, growth, and cellular differentiation are integrated during regeneration and development, but it remains largely unknown if organ regeneration recapitulates embryonic development or executes its own unique program in response to injury.  Using different animal models and organ systems like the skin, ear pinna and heart, we are testing how regeneration diverges from the typical scarring response in mammals. In the context of regenerative medicine, we try to apply our understanding of how tissue regeneration occurs in mammals to inform new approaches to reduce fibrosis and stimulate a regenerative response to injury.

The axolotl has recently emerged as a tractable genetic system to conduct regeneration and development studies.  Biological resources include a sequenced genome (Jeramiah Smith - Univ. of Kentucky and Elly Tananka - Institute for Molecular Pathology, Vienna), Affymetrix gene expression array (~25K genes), linkage map of the axolotl genome, a searchable database of protein-coding genes (www.ambystoma.org), germline transgenesis, and established transgenic lines for lineage labeling and cell isolation studies.  Combining these tools with pharmacodynamics and CRISPR/Cas9 genome editing we are attempting to unravel the molecular logic of how salamander limbs develop.

Skin   development and differentiation   in   the axolotl

A controversial hypothesis in regenerative biology asserts that regeneration is the recapitulation of embryonic development following injury.  In this framework, developmental mechanisms utilized to build a structure are re-deployed to replace the missing part.  In order to test this hypothesis we are currently characterizing the cellular and molecular events that occur during axolotl skin development.  After identifying genetic pathways involved in epidermis, dermis and gland development and differentiation, we will be able to test if they are similarly activated during regeneration. 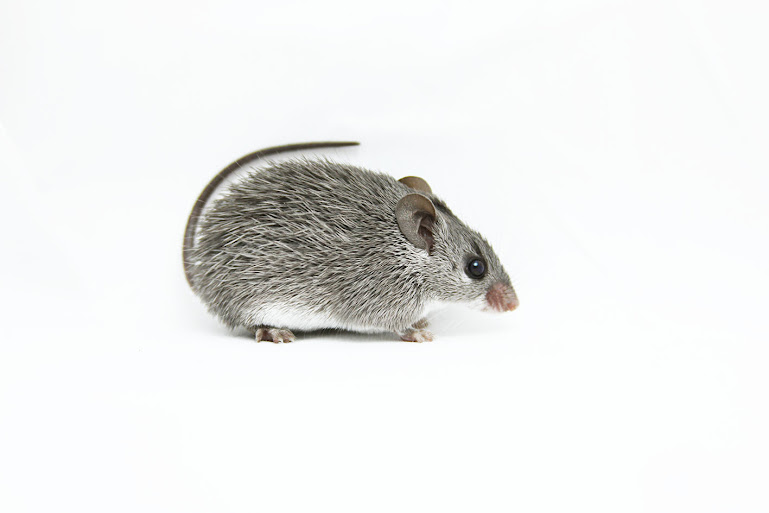 It is generally accepted that mammals have lost much of the regenerative capacity that lower vertebrates enjoy. Alternatively, the capacity to regenerate damaged tissue may be suppressed, locked away in favor of mechanisms that promote rapid and efficient wound healing. A key area of research in the lab focuses on the ability of spiny mice (Acomys) to regenerate their skin and musculoskeletal tissue of the ear pinna.  Our work has found that spiny mice  have incredibly weak skin, so weak in fact that very small amounts of tension loaded rapidly induces tearing. In response to such tearing spiny mice display an ability to regenerate hair follicles in the wound bed, something most mammals fail to do in response to injury. Perhaps even more exciting is the ability of these mice to heal large circular ear holes by regenerating skin, hair follicles, dermis, nerves, muscle fibers and cartilage. While it has been known for some time that rabbits are capable of the same fantastic feat, the wealth of resources available for work in rodents makes this a tractable system for future study. As re-emergent interest in regenerative medicine seeks to isolate molecular pathways controlling tissue regeneration in mammals, Acomys is proving useful in identifying mechanisms to promote regeneration in lieu of fibrotic repair.

During the regenerative process, ear tissue appears to organize into a blastema, a cellular structure that appears during epimorphic regeneration.  The blastema has been best studied during salamander limb regeneration where this mass of specialized cells will eventually become the new limb.  Our current work in Acomys is focused on understanding the molecular signals that generate a mammalian blastema and the specialized wound epidermis necessary to sustain regeneration.  Additionally, we are focused on trying to understand how the extracellular environment may elicit a regenerative response in lieu of promoting scarring.

A longstanding question in regeneration biology centers on whether the mammalian immune system constrains regenerative capacity in terrestrial vertebrates.  We can now use the natural variation we observe in Acomys to test if immune trade-offs lead to observed variation in regenerative ability within Acomys species (in terms of rate and quality) or across species (can or cannot regenerate). In collaboration with Dr. Vanessa Ezenwa (U. of Georgia) we are addressing the hypotheses that trade-offs in immunity along (1) innate vs. adaptive and (2) pro vs. anti-inflammatory axes underlie variation in the ability and rate of regeneration between these wild species. This project will take advantage of the substantial genetic resources developed for the laboratory mouse and is also part of an ongoing collaboration with Dr. Stephen Kiama at the University of Nairobi. We are also focused on understanding how macrophages, a key immune cell type, regulate regeneration. In collaboration with Dr. John Gensel and Dr. Jennifer Simkin we have shown that macrophages are required for regeneration in mammals and we are building on this observation to discover how macrophage subtypes specifically control blastema formation.

It is often argued that regenerative ability "evolved" or that the ability to regenerate was lost during animal evolution. This line of thinking treats regeneration as a trait upon which natural selection acts. Perhaps it is or maybe it is not. We are exploring the theoretical basis for the distribution of regenerative ability across animals.